The city of Rajgir is one of the oldest cities in the state of Bihar and is known for its numerous temples, monasteries, historic relics, rock cut caves and other tourist attractions. This place has been associated with Lord Buddha and Lord Mahavira and thus attracts huge number of pilgrims and devotees throughout the year. Its scenic beauty, lush green forests, tranquil ambience attracts hordes of visitors from within as well as from outside the country. Its glorious and rich history and cultural traditions have added to its irresistible charm. 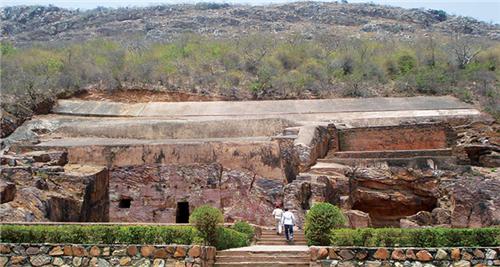 The name ‘Rajgir’ is believed to have originated from the Sanskrit word ‘Rajagriha’ that means, ‘Abode of the King’ or the ‘Royal House’. However its truest meaning in the literal sense is the ‘Royal Mountain’. In the Mahabharata, this city is referred to by the name ‘Girivraja’. King Vasu, the mythical son of Lord Brahma is belived to have founded this town and named it as Vasumati, according to the epic Ramayan. Its other names include Barhdrathpura and Kusagrapura. The city of Rajgir thus finds its mention in several literature works and epics and continues to remain an important tourist centre. 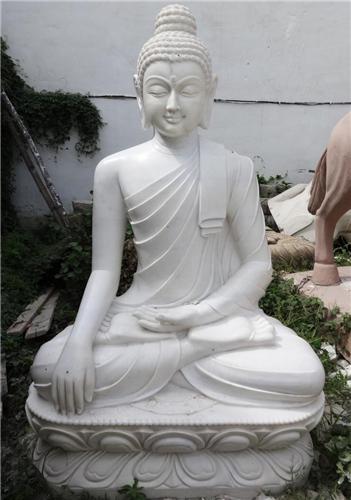 Rajgir was once the capital of Magadha Empire in India. According to the Mahabharata, Jarasandh, who belonged to this place, in the battle with the Pandavas, was defeated by Lord Krishna 17 times, until Lord Krishna left the battlefield the 18th time and thus was given the name ‘Ranachod’. A wrestling match had also taken place between Bhima and Jarasandh in which Jarasandh was killed. The Jarasandha Akhara, located in Rajgir is a famous tourist site. It is believed that Gautam Buddha spent several months in Griddhakuta, called the Vultures’ Peak, meditating and preaching sermons. It was in Rajgir that king Bimbisara and several others were initiated to Buddhism by Lord Buddha. One of his most prosperous devotees, Jivaka – a surgeon also lived in Rajgir. In Saptaparni caves, under the able guidance of Maha Kassapa, the first Buddhist Council was held. Lord Mahavira, the last Jain Tirthankar is also said to have spent fourteen years of his life in Rajgir and Nalanda. He spent four months of the rainy season in Rajgir and the remaining in its adjoining places. Muni Suvrata, a predecessor of Lord Mahavira is also said to have been born in Rajgir. It is also believed to be the capital of King Shrenik, one of the ardent and most favourite disciples of Lord Mahavira. Rajgir is also the centre of Ajivika sect. Thus, Rajgir is considered to be a sacred spot for the Buddhists as well as the Jains.

Apart from Lord Mahavira and Lord Buddha, many great personalities have been associated with the city of Rajgir. It is said that the Haryanka King Ajatashatru had kept his own father as a captive here. It was Ajatashatru who shifted his capital to Pataliputra, now called as Patna. The city of Rajgir finds its mention in the works of Chinese travellers, Fa Hien and Hiuen Tsang. Hiuen Tsang had divided Rajgir into the old Rajgir and the new one in his works. The Magadhas, Mauryas, Jarasandh, King Bimbisara, King Ajatashatru are popular rulers who had established their control over this kingdom.

Rajgir was thus a foundation for modern civilisation. Its glorious history, unique cultural practices and religions have contributed in making it one of the most sought after pilgrimage centre in the entire country.

Comments / Discussion Board - History of Rajgir