* In case of any delay in receiving the OTP, you may verify it later. Please proceed without verification.

Rajgir is known for its scenic splendour and numerous historical and religious spots. It is thus a popular pilgrim and a tourist destination and the government is taking utmost efforts to promote tourism to the fullest in Rajgir. At a distance of about 15 kilometres from the Nalanda ruins, it is located at 25.03°North latitude and 85.42° East Longitude. Its strategic location and easy accessibility have contributed in making it one of the most sought after tourist destination in Bihar. 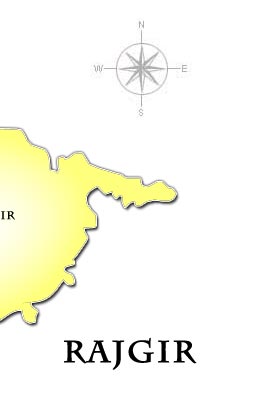 Rajgir enjoys a typical tropical weather condition. Summers, in Rajgir are hot and humid, when the temperature rises as high as 40o C, while the minimum temperature dips down to as low as 20oC. In winter the days are pleasant, while the nights are cold. The temperature ranges between 6°C to 28°C. The rainy season in Rajgir lasts from mid – June to mid – September with the annual rainfall being around 1860 millimetres. Rainy season makes the hillocks appear fresh and picturesque. Though Rajgir can be visited throughout the year, the best time to visit it is between the months of October to May, when the climate there is cool and pleasant and there is lot of scope for sightseeing. You also get to witness the popular Rajgir Mahotsav, a grand event celebrated in Rajgir, during the month of October.

Located at an elevation of 73 metres, Rajgir was initially surrounded by seven hills, namely Udaya, Chhatha, Vaibhara, Ratna, Saila, Sona, and Vipula. The city of Rajgir is an important tourist sub division of the Nalanda district. Rajgir is located in the borders of the districts of Nalanda, Nawada and Gaya. Rajgir city is surrounded by various blocks, namely Silao Block towards north, Nardiganj towards the south, Giriak Block towards its east, Mohra Block towards west. It has an uneven, rugged and a bedrock topography that makes it unsuitable for agriculture, yet agriculture is practised here to a considerable extent.

Business and Economy in Rajgir

Agriculture is carried out to a considerable extent by the people in Rajgir. Parry, onion, potatoes and various fruits are cultivated here. There are proposals for setting up various small scale industries as well as an Ordnance factory to manufacture artillery shells in Rajgir. However, Rajgir being home to numerous religious and tourist spots, the major source of revenue to the economy is tourism and its ancillary industries. The Aerial Ropeway is a popular tourist destination in Rajgir and is a major contributor top Rajgir’s economy. To cater to the needs of the tourists, various heritage hotels, tourist bungalows, information centres, restaurants etc are being set up in different parts of the city, thus boosting up its economy as well as providing employment opportunities, especially to the rural population in Rajgir. Increasing influx of foreign tourists has also led to increase in foreign exchange, thus contributing to the economy. The government along with the Tourism Department are taking utmost efforts to promote tourism to the maximum in Rajgir.

Comments / Discussion Board - Geography of Rajgir